Kim and Kanye West are THIS close to landing a vacation home out in the desert … and if all goes well, Kris Jenner will be their neighbor.

Sources with direct knowledge tell TMZ … Kimye are in negotiations for a SICK house in a posh golf community in the Palm Springs area, about 2 and 1/2 hours southeast of L.A. 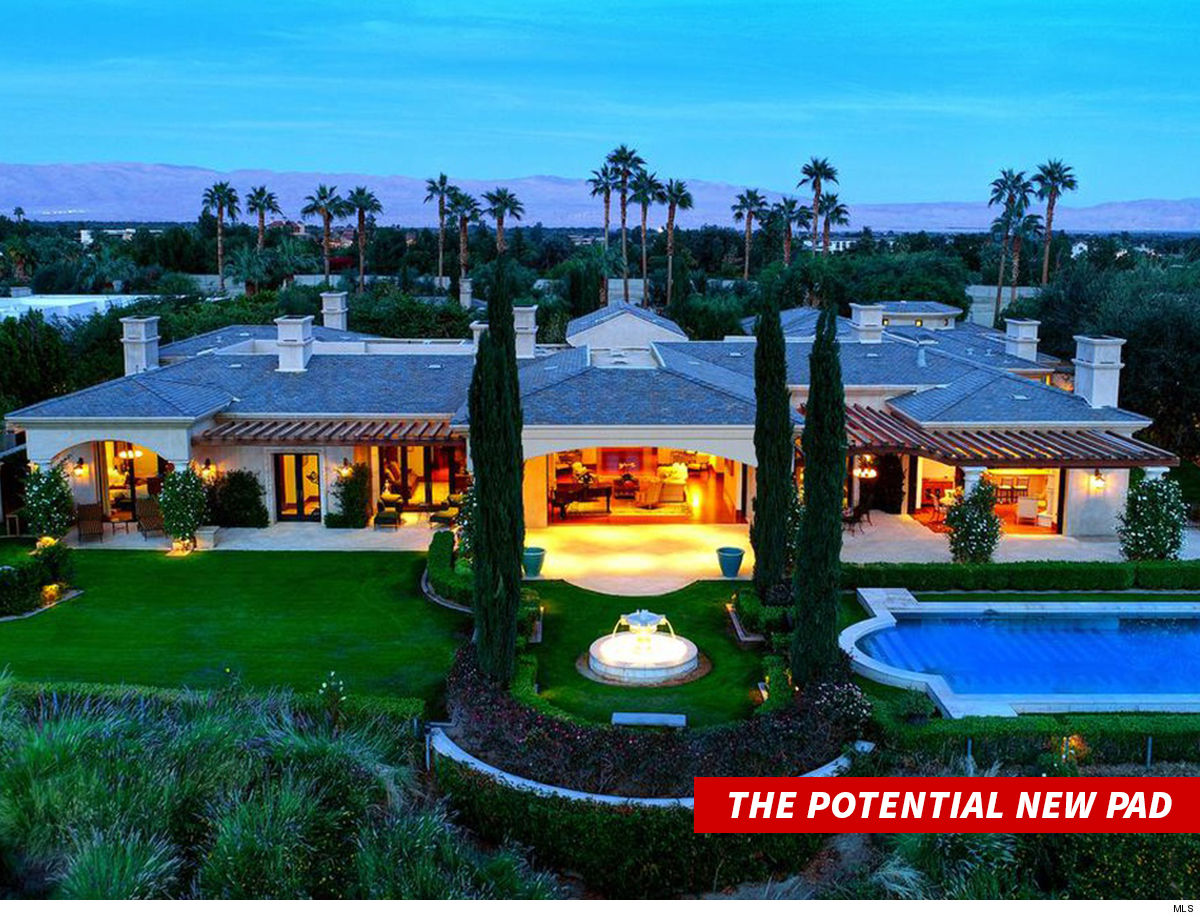 Kim and Kanye scoped out the 6-bedroom, 7-bathroom crib and fell in love with it, so they got down to brass tacks. Nothing’s finalized yet but we’re told negotiations are well underway.

What’s more … the house — tucked away in a gated community — sits right next to a relative … momager Kris Jenner, who dropped a cool $12 million back in August.

As for Kimye’s potential new vacation digs … it’s a beaut, featuring a living room with an open-concept that opens up to the backyard. There are multiple fountains and a giant pool. It’s the desert, duh.

There’s also tons of privacy, which is HUGE for Kim and Kanye. Remember … Kanye surprised Kim with a $14 million Miami Beach condo, but he backed out of the deal after realizing it lacked privacy once they were photographed on their new condo’s balcony.